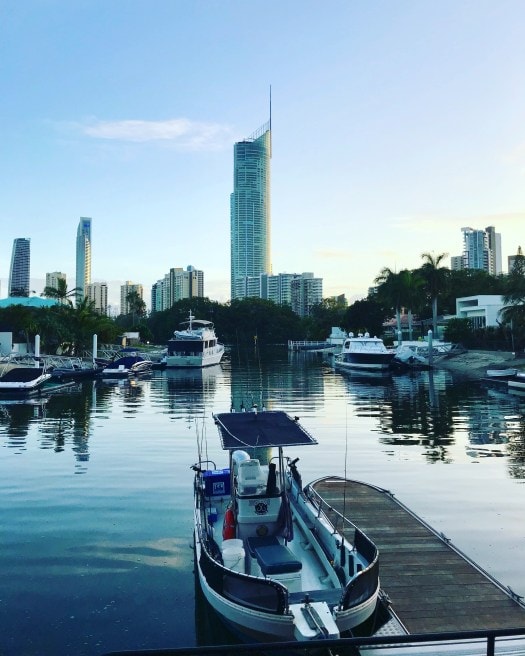 G’day crew, what a summer it has been with the lowest amount of rainfall recorded and 46 days of over 30 degrees.

March and April are two of my favourite months of the year for both good conditions and great fishing. Our summer species the likes of whiting, mangrove jacks and trevally will still be on the bite with our more recognized winter species flathead, bream and mullaway starting to make their presence felt.

The trevally are still marauding the unfortunate bait schools around the tide changes particularly on the last of the run out and first of the run in tides.

The flatties are still holding in the deeper holes where the water is cooler on the bottom and the bream and whiting are still taking surface poppers over the shallow flats.

Clint has returned from a break and some boat maintenance.

Mixed results this week with anywhere from 10 fish a session to over 50. Monday was productive

with Ken and his family visiting from Brisbane.

We stuck to lures only for the charter and caught over 50 fish in the Southern broadwater, including some Sand whiting around the 30cm mark, winter whiting, flounder, and flathead.

Wednesday was a lovely day weatherwise. In the morning Barry from Melbourne came for a fish, catching a Maori cod in the seaway and we caught flathead, snapper, whiting.

In the afternoon Geoff and his grandson Liam from Newcastle were my guests. I picked them up from the beach near where they were staying at Seaworld resort.

We pumped some yabbies which kids love doing as much as fishing, and started to fish near Seaworld boat ramp to find cover from the NE wind.

This weekend it’s worth trying over the reef patch east of Wavebreak island for snapper, bream, and flathead, close to the tide changes. Look for fish on the sounder then stop and drop bait or lures amongst them. Soft plastics and soft vibes will work.

Also sand whiting are feeding along Labrador and Biggera waters, you’ll get bigger numbers fishing at sunset with yabbies and live bloodworms. 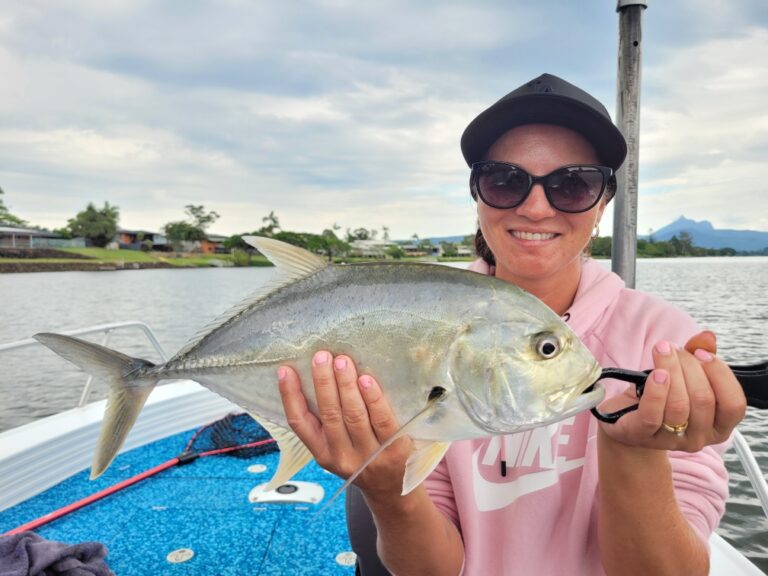 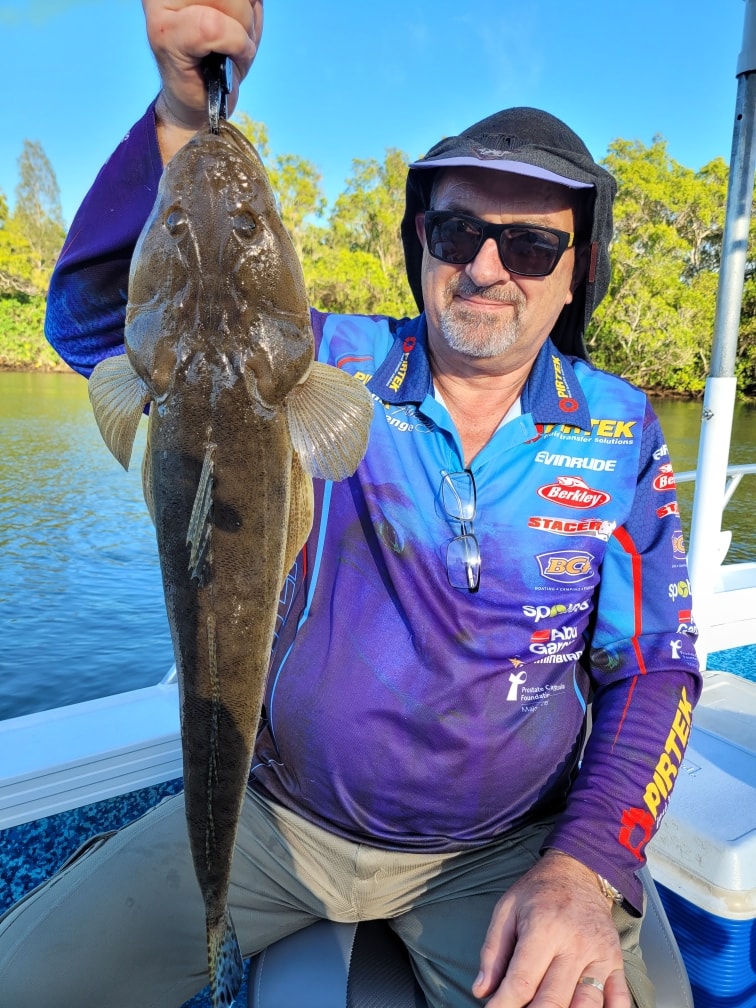 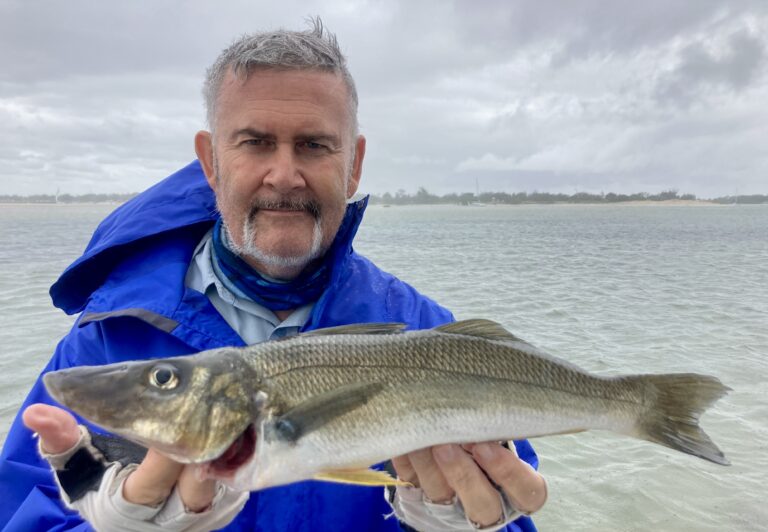