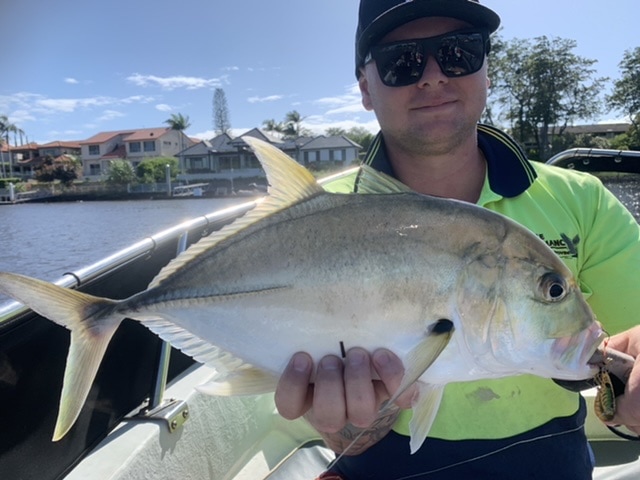 G’day everyone this weeks fishing report is much the same as last weeks with the fishing being the best we have seen for many years thanks to the record rainfall in late January and all through february.

The average daily catch rate on board the boat is over 40 fish on lures and these figures by law are put on a logbook and sent to the government for the charters operators monitoring program.

Flathead, whiting and an abundance of bream are the main catch with the odd trevally which will really come back in size and numbers on next week’s early morning tides. The other great thing about the big numbers of fish around is it is allowing us to use a variety of different lures and techniques.

Trolling, casting , deep water jigging as well as surface lures are all working with double hooks ups being a common scenario.

Hi everyone, we have had a lot of fun on charters in Nerang river and the Gold Coast broadwater over the past week. The water has cleared to a colour we love fishing in, and a variety of fish are responding to lures and bait.

When the wind was up we found shelter in the river bends, and there were huge numbers bream hitting Pontoon 21 crackjack lures in Spanish Red and Bloody Tiger Prawn colours. If you could get past the thousands of bream there were some flathead, grunter and trevally starting to show up.

The Gold Coast broadwater has been producing some awesome fishing sessions on light tackle, with 40-80 fish a trip. My favourite ever lure the Ecogear ZX40 in colour code 440 tempts so many species and numbers of fish it’s ridiculous, as guests on my daily charters will testify.

Calmer weather and smaller tides later in week allowed us to fish the deeper reefs in the Northern broadwater and these areas fished very well. Today (Thursday) we caught over 60 fish and 18 different species, with Vern and family catching fresh fish for dinner. ZX40 lures and river prawns both worked equally well, and the catch included flathead, whiting, tuskfish, flounder, squire, tarwhine and bream.

A very pleasant day on the water with a great bunch of people!

New moon is next Tuesday and the weather forecast is favourable so we should we see some good fishing. As the tides grow the middle to upper estuary sections will fire up, and the mangrove jacks will be more active as the water temperatures rise. 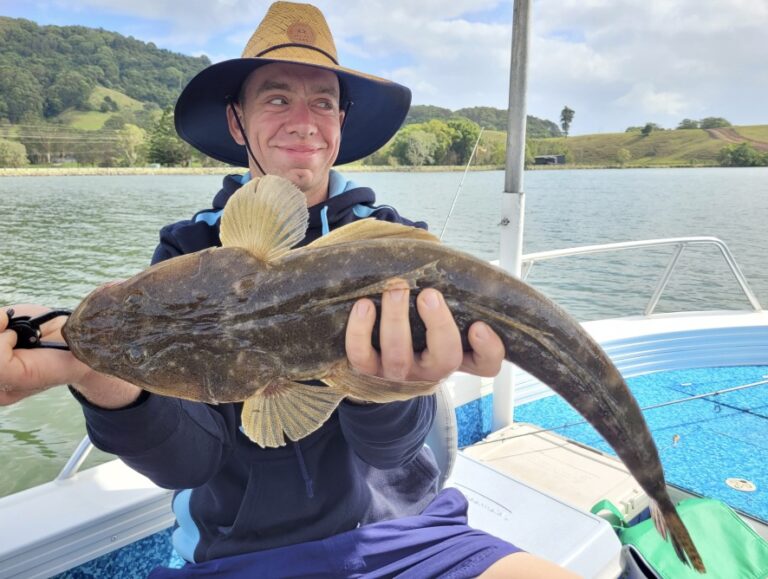 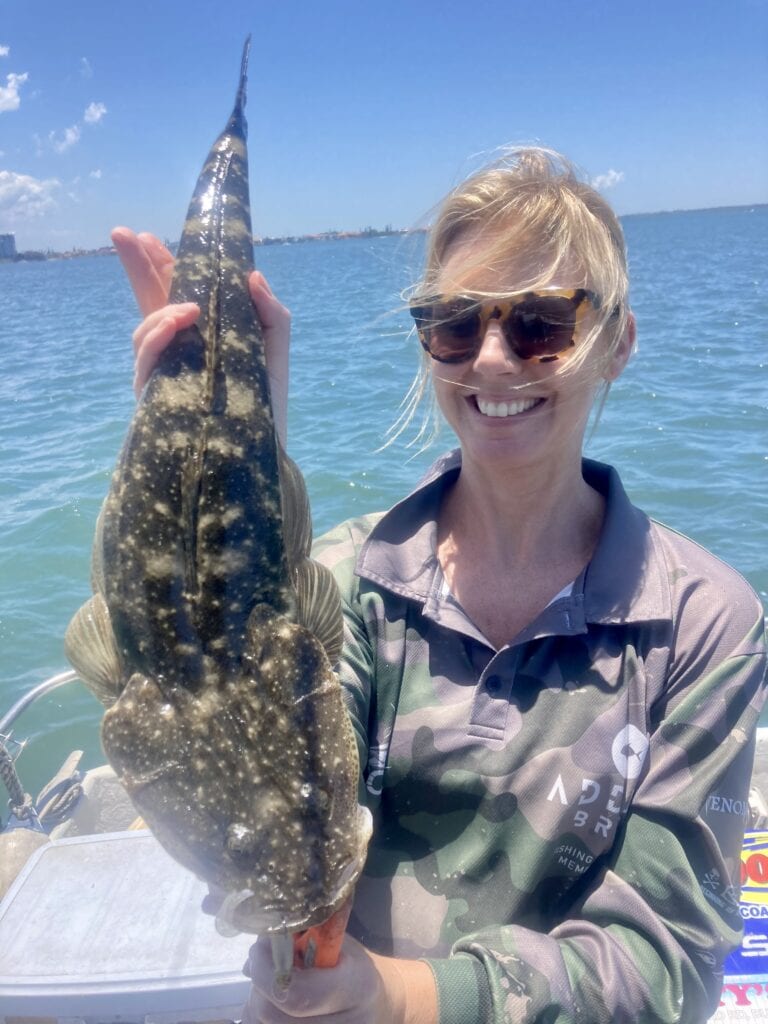 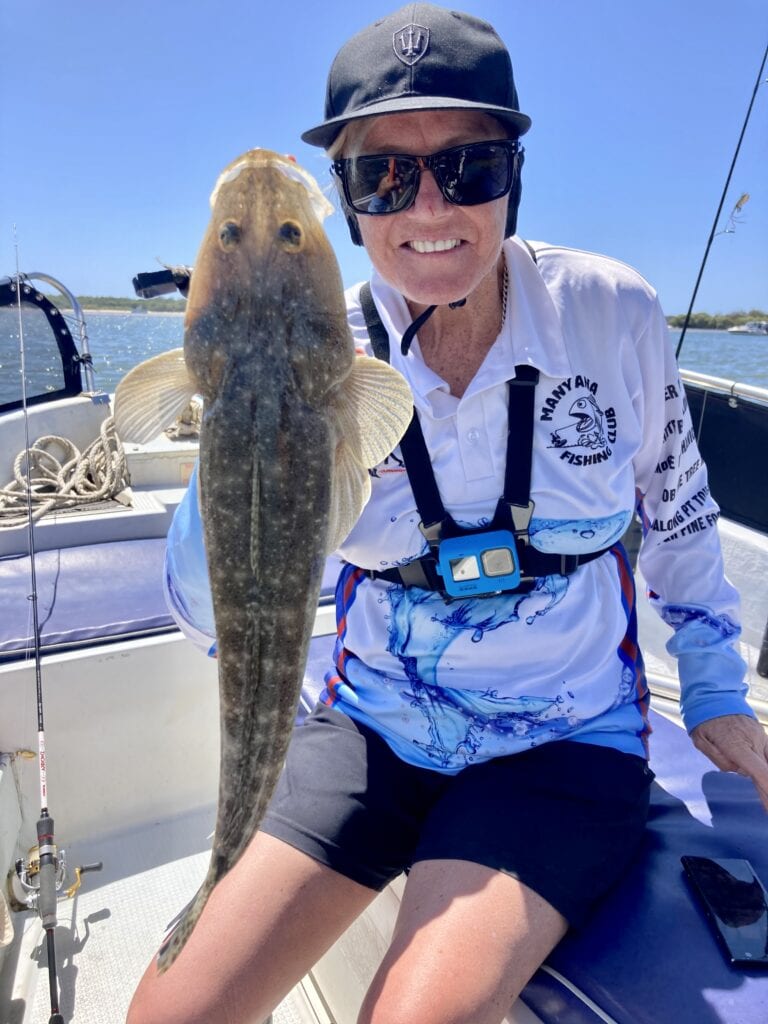