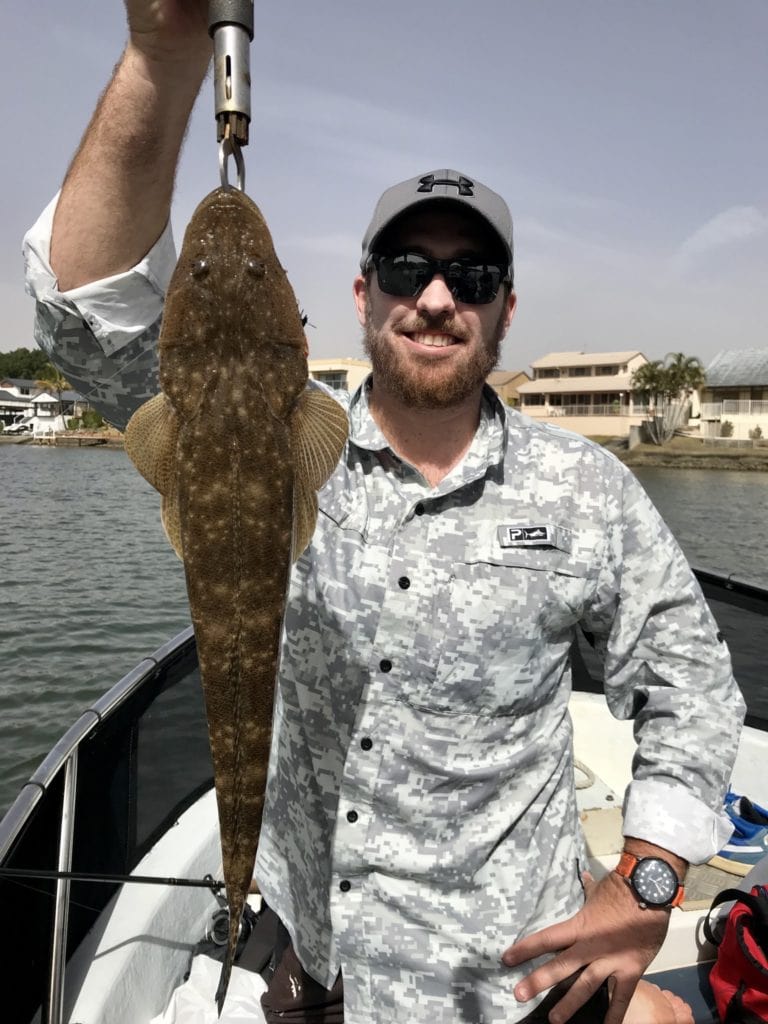 Spring has sprung. What to target now? The bigger flathead numbers have thinned out in our upper estuary reaches, they are moving closer to the river mouths in preparation for their spawning event.

Try to release the bigger breeding females over 60cms in length. A good way to target these fish is with soft vibes in deeper water, by drifting and “teabagging” or casting up current then bouncing the lure along the bottom, lifting slowly and dropping to get the lure vibrating.

Zerek fish traps and Atomic semi hardz are an excellent choice for this style of fishing. It helps to locate schools of bait fish on your sounder, often there will be flathead lurking under them ready to ambush strays.

If you spot wind lanes or current lines often there will be debris floating, bait holding and fish feeding nearby, a bonus is these lanes will sometimes hold your boat inside them too, thereby staying in the zone.

We still have some cool mornings, so you will find some big flathead sitting in shallow water feeding and warming up. A few methods will work here in attracting a strike, including trolling shallow (1m) diving lures over the top of and along the edge of weed beds and sandbanks, stealthily casting and slowly retrieving large glide or swim bait style lures in very shallow water, and using surface lures such as MMD Splash Prawns and Bassday Sugapens. Casting vibes and blades into semi shallow areas and hopping them along will also be effective.

One of our favourite styles of fishing will soon be available again on our charters, and that is surface luring for whiting. It is one of the most visually exciting and addictive techniques. To see three or four 35cm plus whiting climbing over each other vying for a surface lure then smashing the lure and rushing off with the reel screaming, in very shallow and clear water, is up there on the adrenalin scale.

Smithy will resume this seasonal charter option in October at his Tweed whiting super banks that are amongst the best in Australia, and it is a good idea to book ahead for this very popular activity. The trip also offers hard fighting trevally, tarpon, bream, and flathead as bycatches. We have several new lures and methods that will add an extra element to the fun this summer.

On our charters this week there has been some school size flathead and mulloway caught on shallow running trolling lures and on soft vibes teabagged in the deeper holes at upper Tweed river. Again natural and pale colours have been the best options in the clear water. Hopefully these patches of rain will have a positive effect on the fishing, and the bigger tides this coming weekend will also help.

Mulloway are a possibility in the deeper sections around the tide changes with the previously mentioned teabagging technique. Remember to quickly drop the rod again after each lift to keep the lure in the strike zone. The Tweed river is still producing some Australian Bass for us. Although it is now open season for these fish, we always release them anyway.

At the Gold Coast rivers and broadwater on our guided charters with Clint skippering, we have had to work hard to find keepers for our clients with some bigger sand whiting up to 37cm appearing, as well as tuskfish, a few flathead ranging in size up to 58cm, and winter whiting, bream, tarwhine, small snapper, and still the odd squid. The snot weed is still an absolute curse, it should clear out soon with a change in wind direction and a spring tide flush. The only option when it is thick is to move 1km at a time to find a clearer section of water.

There are some good patches of a variety of reef and estuary fish showing up in 5-7m deep water in the Southern section of the broadwater which is very promising for the months ahead.

For the bait fisherpeople, live yabbies never fail to catch fish in the broadwater. The keys to success are using as light a sinker, line, leader as possible, and drifting to cover the ground and make the fish chase, always looking for signs of life on the fish finder. Find the bait, find the fish. There are days when yabbies will outfish the lures. Don’t discount them as an option when catching keeper size fish is the name of the game. There are some amazing yabby banks in the Gold Coast broadwater.

Cheers and hope to fish with you soon!
Smithy & Clinto

See below for this week’s photos from our charters.

Click on these icons to connect with us on social media: 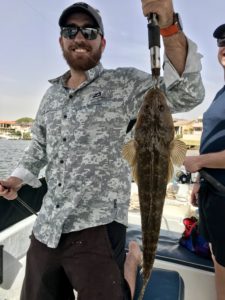 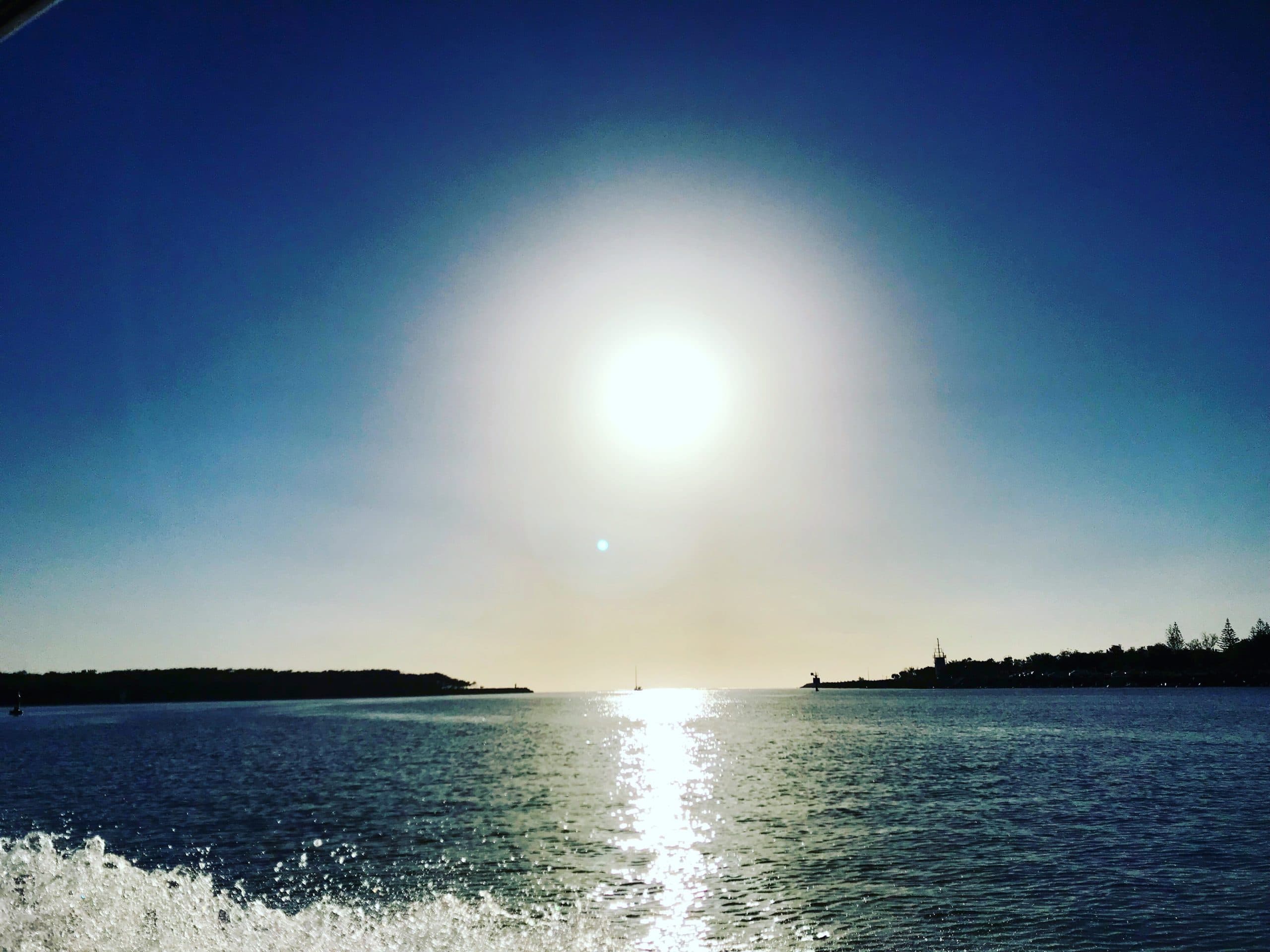 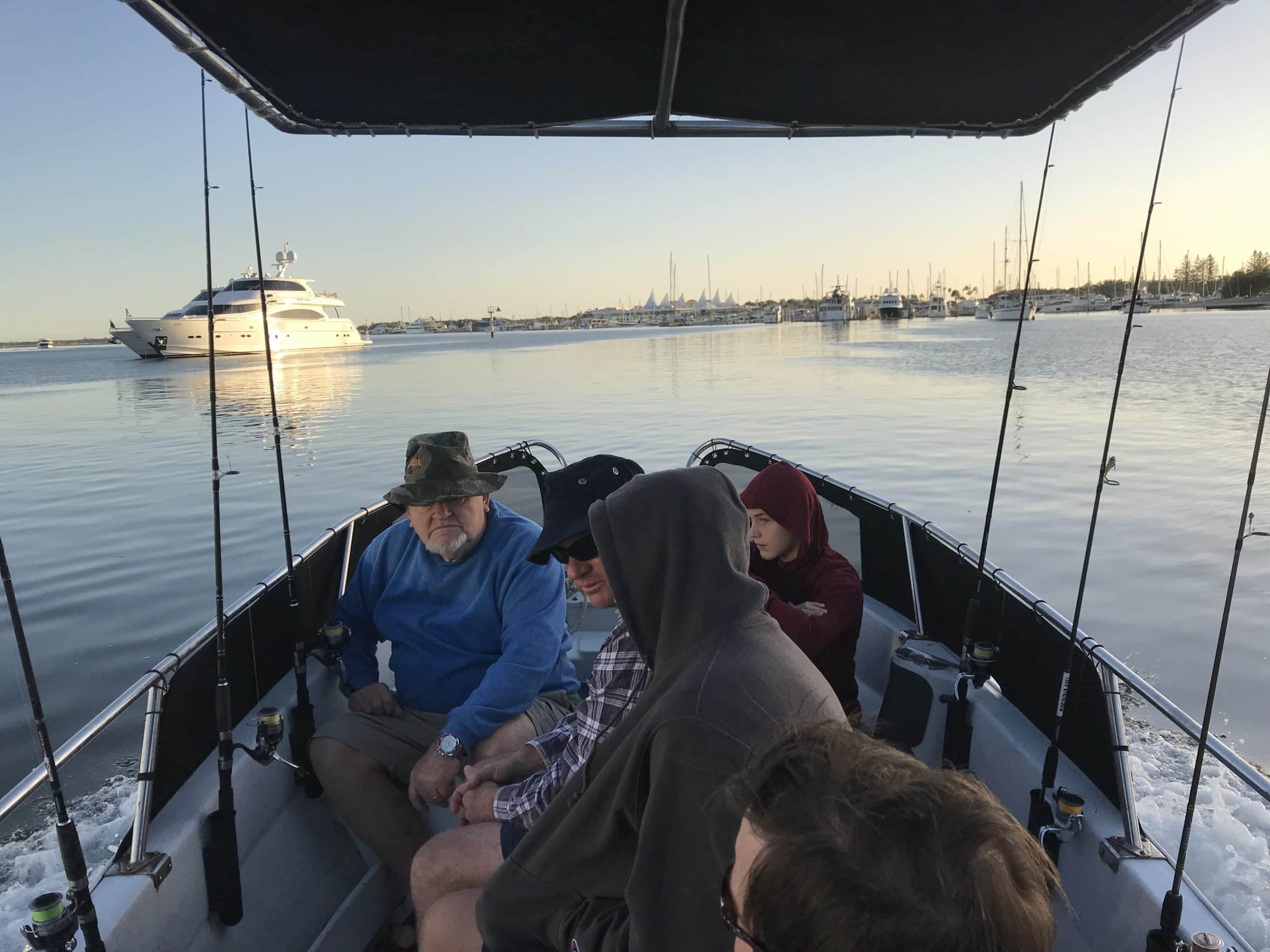 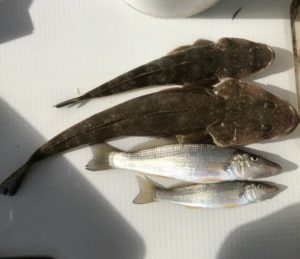 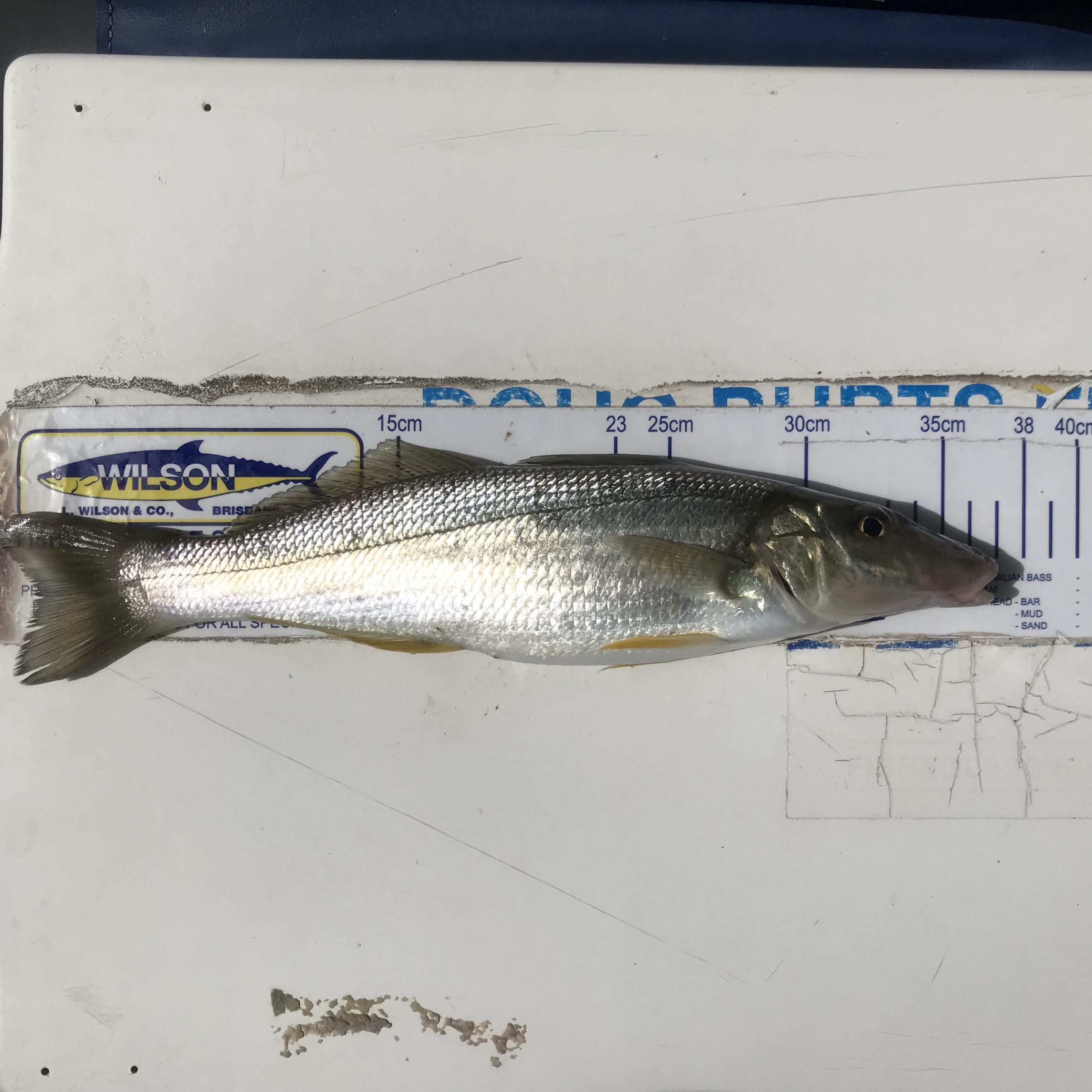 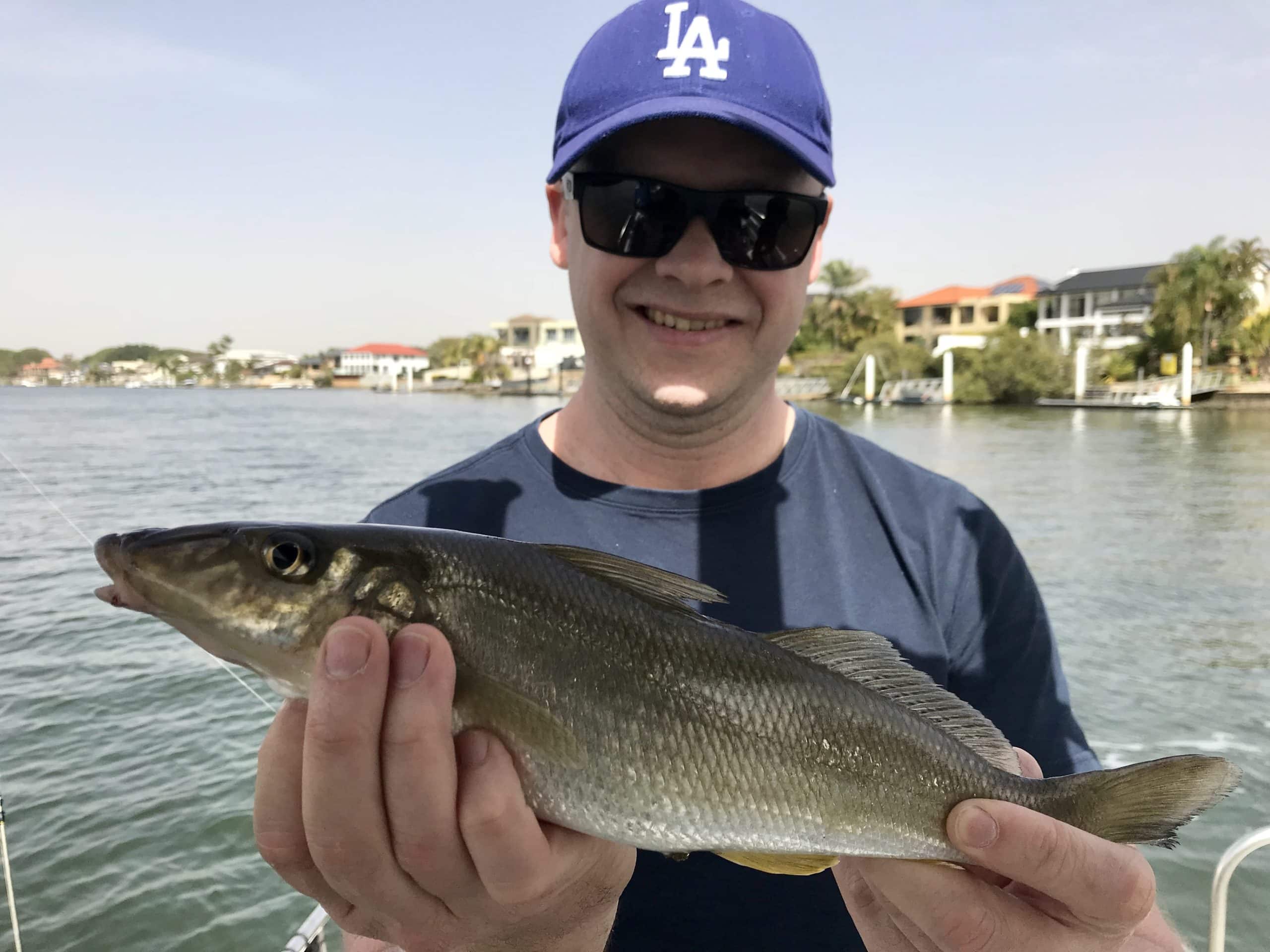 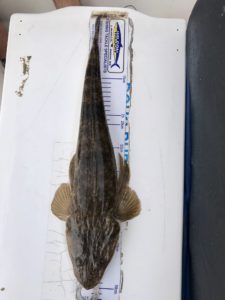 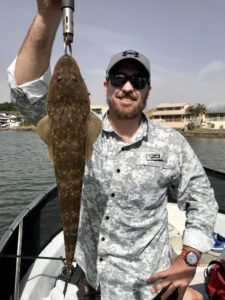 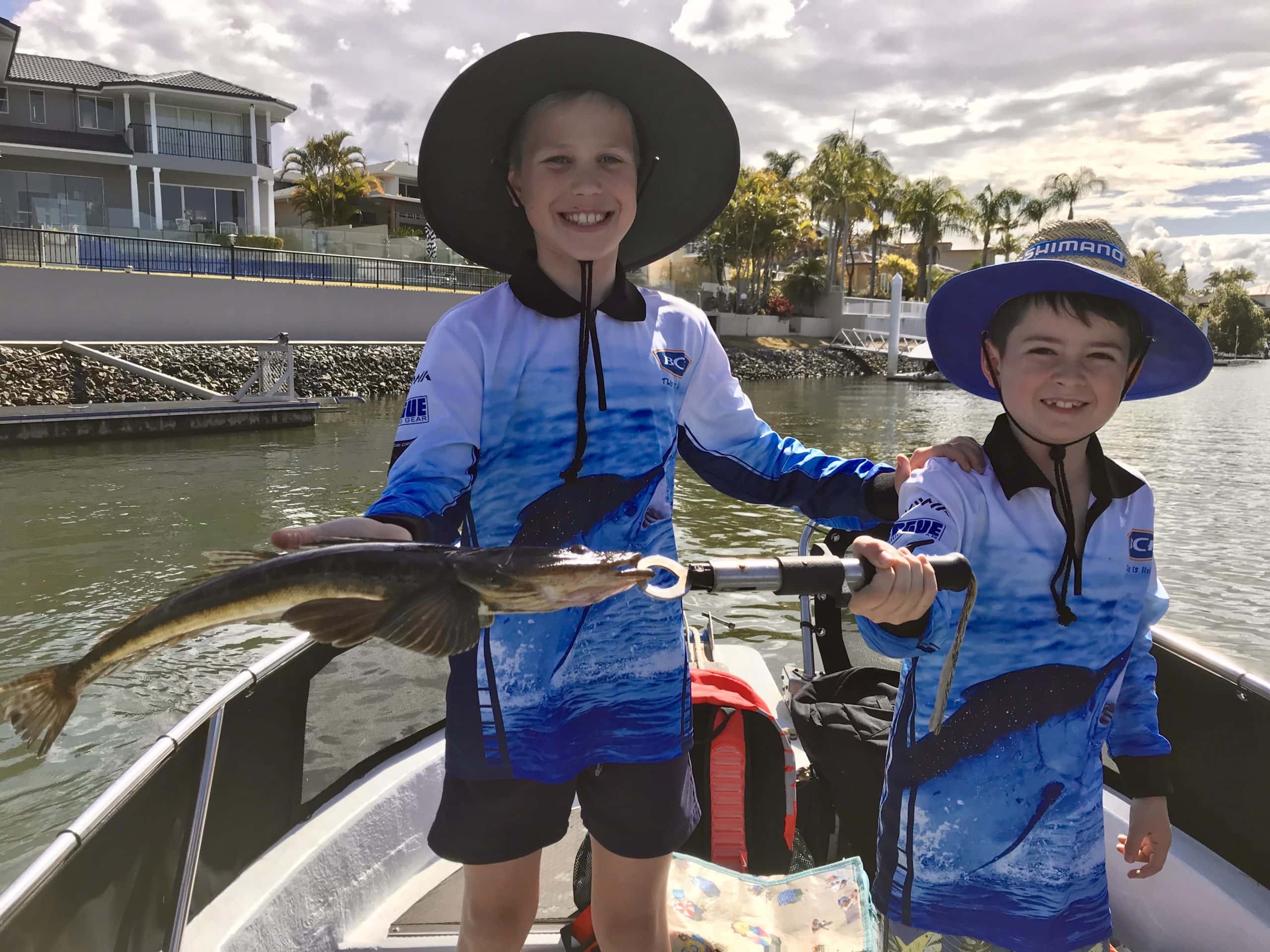 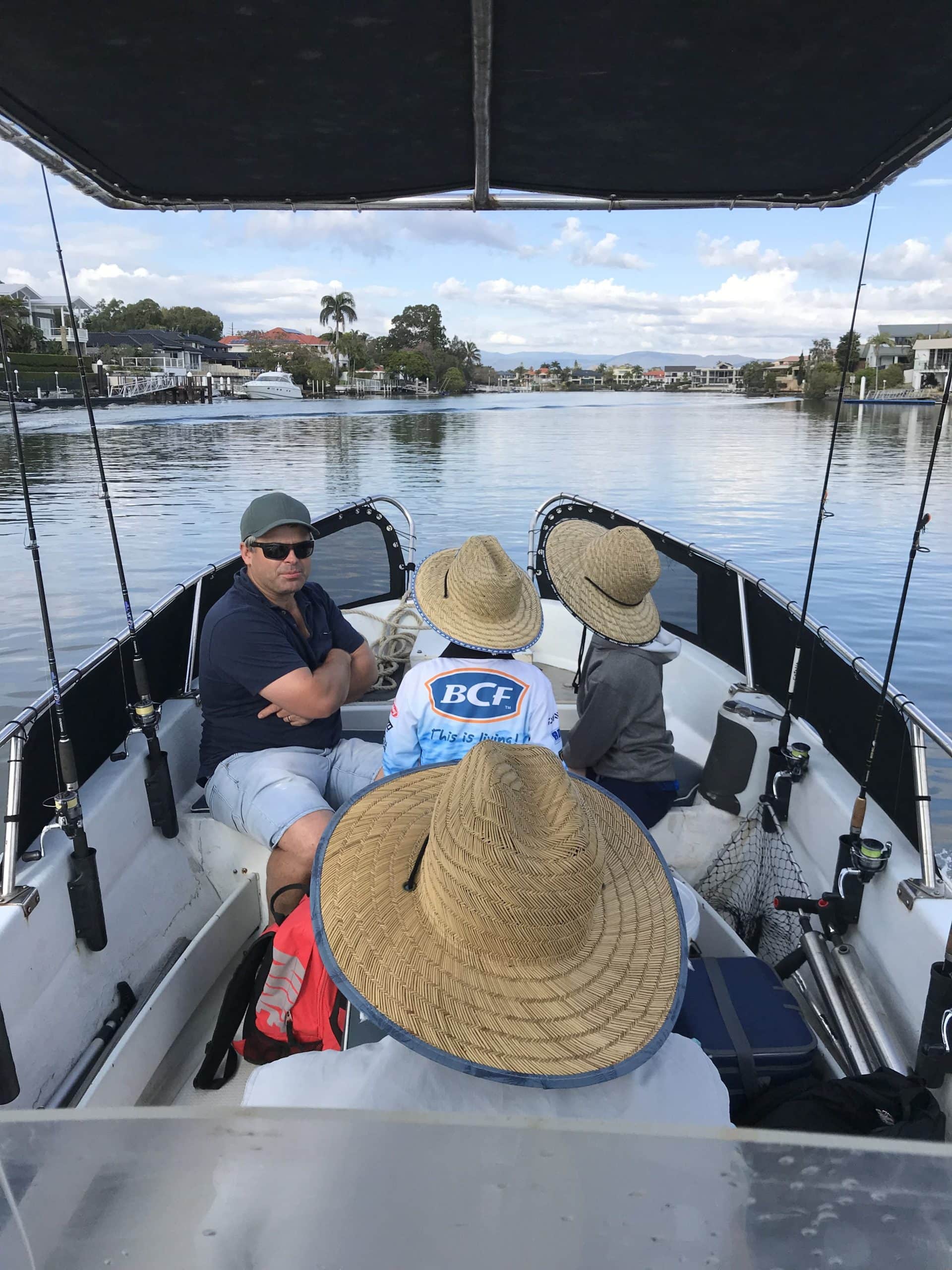 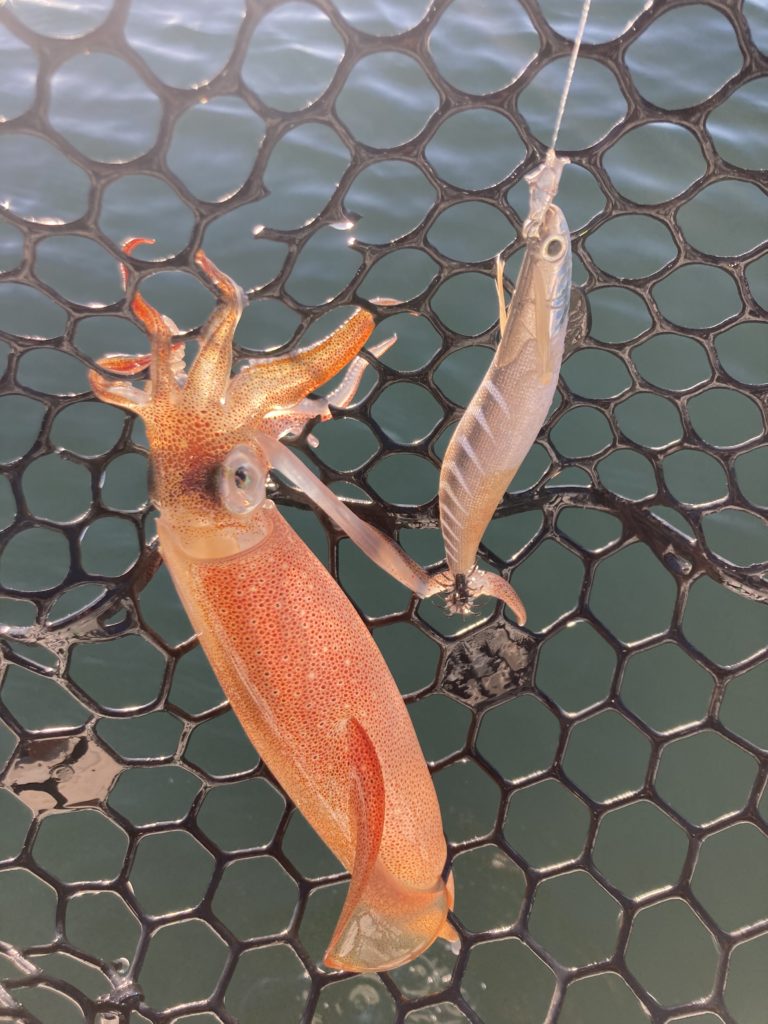 THIS WEEK’S GOLD COAST AND TWEED ESTUARY FISHING REPORT AND NEWS 26 June 2022 Dad joke: I once dated a girl with one leg shorter than the other.  Her name was Eileen. TWEED RIVER by Smithy Hi everyone as I expected and hoped for from last weeks report this week delivered the same dreamy conditions 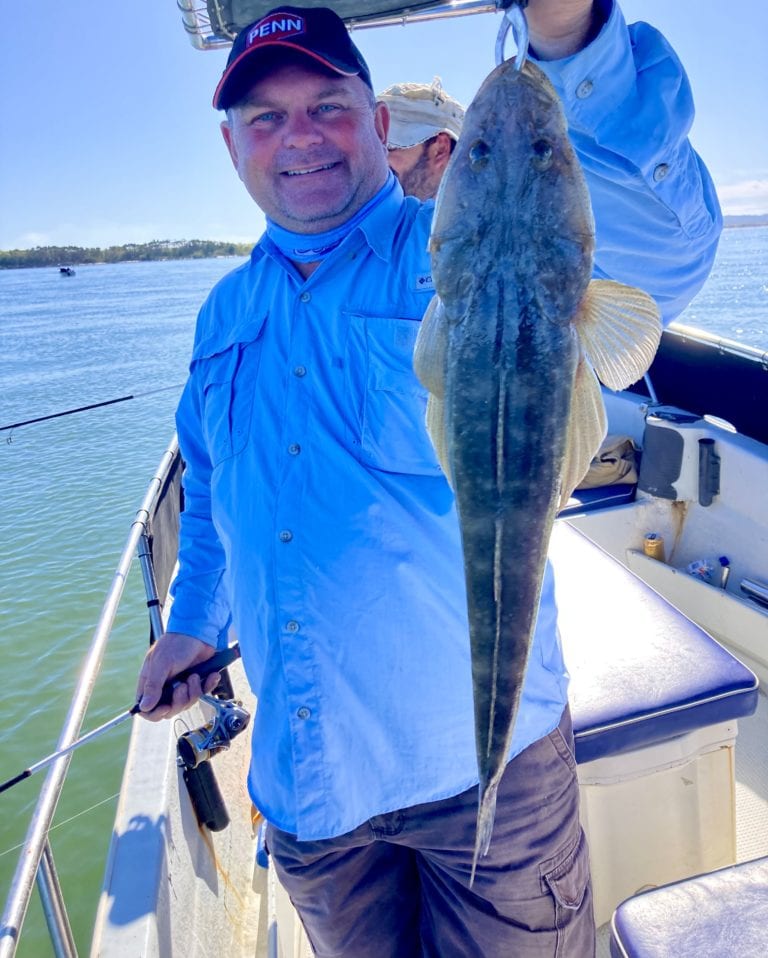 THIS WEEK’S GOLD COAST AND TWEED ESTUARY FISHING REPORT AND NEWS 18 June 2022  Dad joke: Guess who I bumped into on my way to get my glasses fixed? Everybody. TWEED RIVER by Smithy G’day everyone how unbelievable is this long run of perfect weather and some of the best fishing conditions for this year. 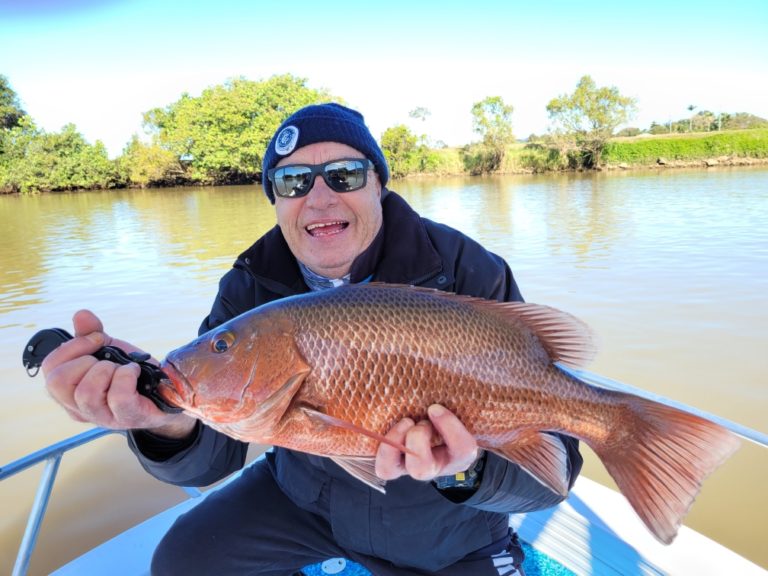 THIS WEEK’S GOLD COAST AND TWEED ESTUARY FISHING REPORT AND NEWS 10 June 2022 Dad joke: Tequila may not fix your life. But it’s worth a shot. TWEED RIVER by Smithy What a great week of fishing with light winds and more importantly no rain which has been a long time coming so far this